If you’re on the streets of South London and you see kids or drunks dancing to an ear-catching mix of Ska/Punk/Indie/Blues and Afro-Latin you may have stumbled across one of the unique street performances of Phoenix Raven. Cheering up passers-by young and old (drunk and sober!) with their memorable melodies and eclectic beats and inspiring lyrics of hope, truth and survival through testing times and tough losses.

Described by local press as “Fiery, Fiesty and hot to Rock with Reggae”, “So unique and so brave” and by one audience member as “The 2 heaviest bitches I’ve ever seen!”, Phoenix Raven are the individually talented and collectively powerful combination of Jules Phoenix (singer/songwriter/ electric guitar) and Remi F (Afro-Latin percussion/ backing vocals). Jules has been described as “The Reggae Anna Calvi” and compared to Chrissie Hynde with a Hendrix and Santana inspired guitar style, while Remi has been called an “Amazonian Rhythmatist” bringing hip-hop sensibilities to her unique Afro-Latin percussion kit and adding soul inspired backing vocals.

They joined forces in 2010 and have played in a number of venues in and around London, Birmingham and Brighton including the Water Rats, O2 Islington and Nambucca, and at festivals including Ambition Croydon, Brockley Max and Lewisham People’s Day. They released the London Road EP in 2012- the same year that Remi performed in the Olympic opening and closing ceremonies with the Pandemonium Drummers.

Currently promoting the EP they released last year, “It’s Time”, which has been charting on various online independent music sites , Phoenix Raven are about to record their next EP.

We are featured in this short documentary about London Buskers.

You can see the video in the link here.

You can check us out at -

4.Tip us by using an easy contactless payment


We look forward to playing near you soon! 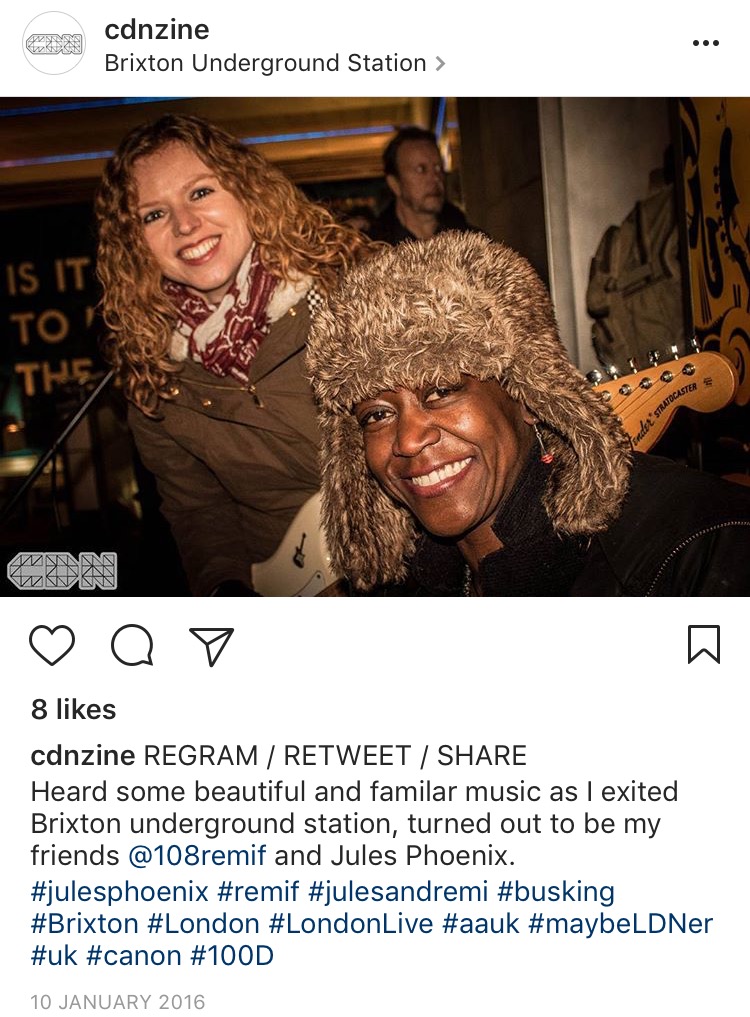 Performing at the opening night of the Brockley Max festival, along with other local acts near the Brockley Barge pub on Foxberry road. Phoenix Raven are playing from 6- 6.30pm.

We'll be back here again for this year's festival - performing at 5pm.

Anarchy In The UK! 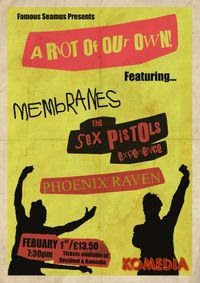 A Riot Of Our Own